(simple mom- spring cleaning)
I've been a cleaning & decluttering & organizing fool lately.It's like I wake up in the morning with this crazy drive to get everything into perfect place. I know some of it is nesting, and some of it is my desire to control things- so I try to control my environment. I'm trying to only nest as much as I 'need' to, and trust God with the controlling issue.

Anyways, the results of some of this nesting are here:

Atticus' room needed a bigger place to store toys, and I needed to make it more streamlined because the baby will be sharing a room with him. 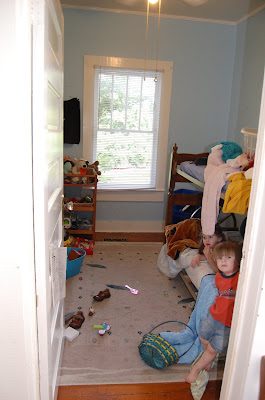 I removed this bookcase from the playroom (all the stuff got moved to a baker's rack that you can see here.) 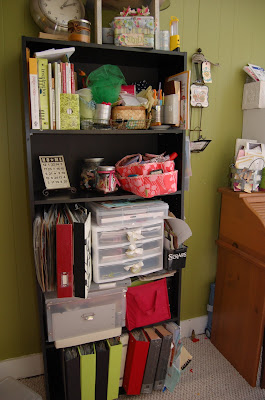 I laid it on a quilt and dragged it through the house. I had a tag a long. :) 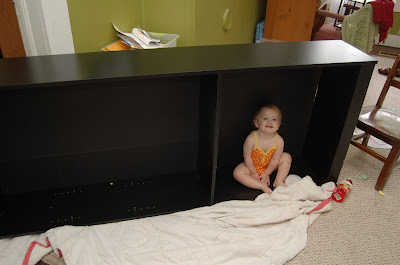 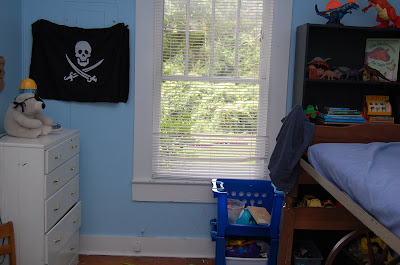 The baker's rack that I moved to the playroom was originally in the kitchen. 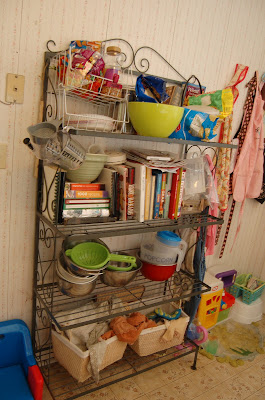 It was basically a big clutter collecting spot. We have this island (although it's not an island right now, it will be eventually!) that wasn't getting utilized for it's storage. 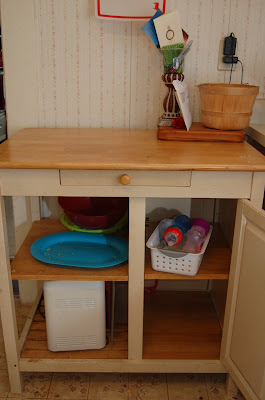 So everything was removed from the baker's rack and moved here. The cookbooks were moved into the dining room. 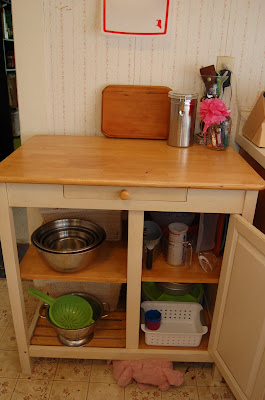 I decluttered the counter tops & moved stuff around too, but I forgot to take a before pic! 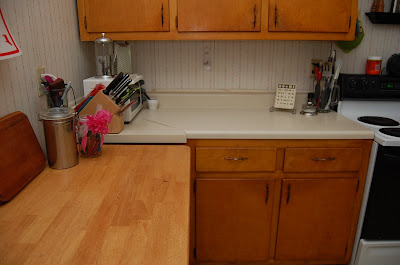 I'm really motivated to paint our cabinets & kitchen walls next, that is my project for the summer!

This was our playroom before: 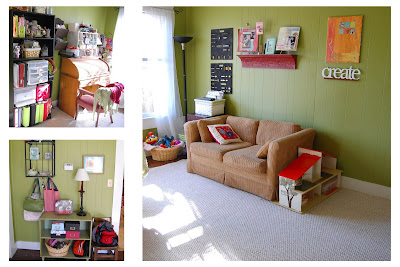 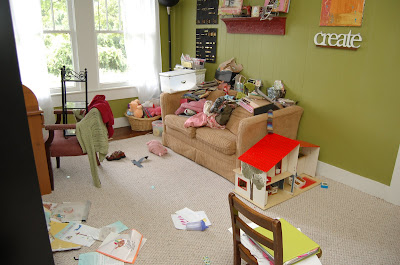 (This is coming in through the main door... that other door you see is our bedroom door.) 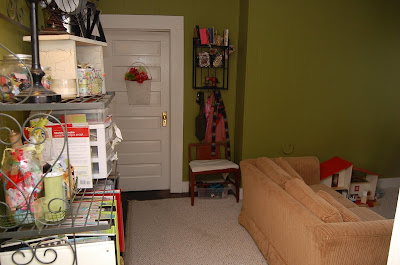 Looking into the room: 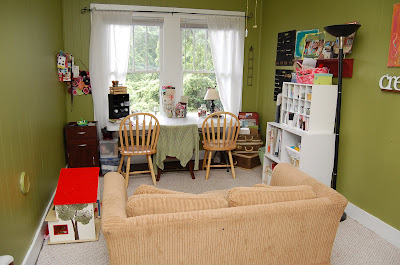 This has been so great for the kids to have an actual place to sit and color & do crafts next to me. We all love it!


Some of my scrappy stuff and kids' toys: 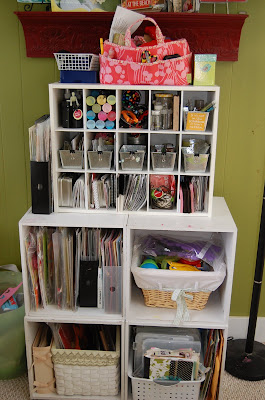 My vintage suitcases filled with stuff to alter and mini albums: 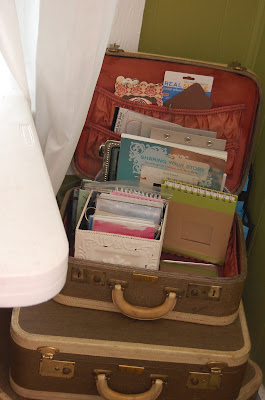 The kids' side of the table: 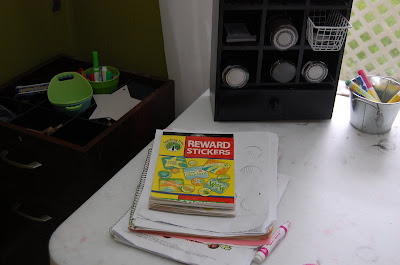 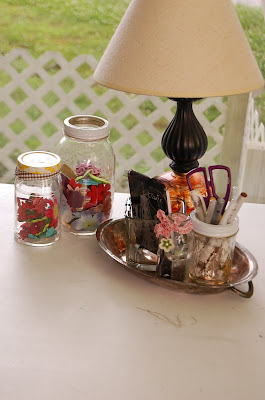 The remaining organizing project that is on my list (for now) is to organize the pantry and fridge... it's one of those tasks I keep putting off because it makes such a big mess and it's hard to do with the kids around. I'm hoping to tackle it soon, though!
at 8:56 AM documented by Virginia
Email ThisBlogThis!Share to TwitterShare to FacebookShare to Pinterest
Labels: family, home, pictures