Ok, first off- I became aware several days ago that my countdown to Halloween would leave us on Halloween saying "one day til Halloween." I swear, math is clearly not my strong suit.

Last night we had our fall festival at church, and the kids dressed up.

I got Em all costumed up beforehand, while the two littles were napping, and took her outside for some pics.

Happy Mama and Thrilled Em here. She felt like a real princess, I could see it in her eyes.

And I can't WAIT to scrap these pics! 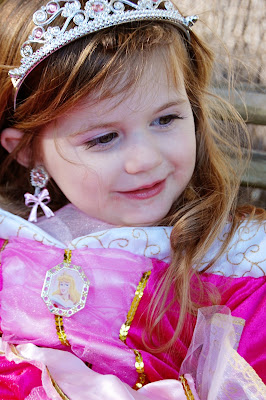 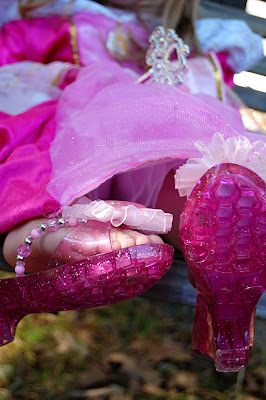 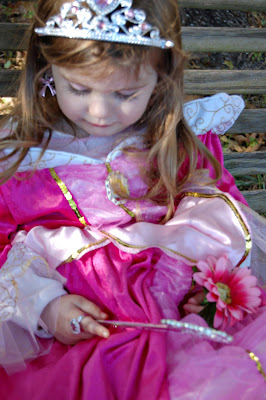 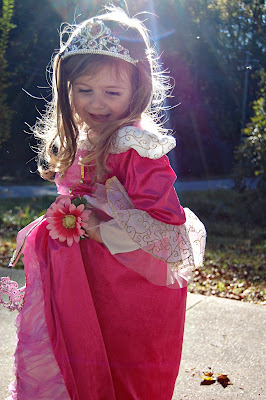 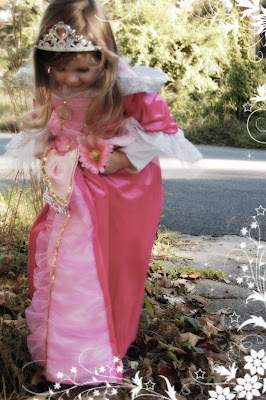 Once it was time to dress Atticus in his adorable pirate costume, the boy decided that he absolutely hated it with every fiber of his being.

And when I say "decided," what I really mean is was sobbing so hard that he nearly threw up.

I finally convinced him that coming closer to me did not mean further means of torture, but rather that I would help him take the outfit off.

He went as "daddy" instead. I have to figure out now if we will continue that same costume for tomorrow night or do Diego or Handy Manny (both which wear "diffrent cwothes" as Atticus calls them. Different meaning regular. Sigh. hehe).

Sabriel was an adorable little fairy, but unfortunately, I have no photographic evidence of either the "Daddy" or the "Fairy," since the sobfest threw me so off balance. Add in the fact that Sabriel fell and scraped her face a little, and you can picture the insanity of our trying to get out the door at a reasonable hour.

Anyways, my sage advice to you mommies that might not have tried the actual costume on your kid- might want to try that out today, before meltdowns happen for you tomorrow night. ;)
at 9:28 AM documented by Virginia
Email ThisBlogThis!Share to TwitterShare to FacebookShare to Pinterest
Labels: family, pictures